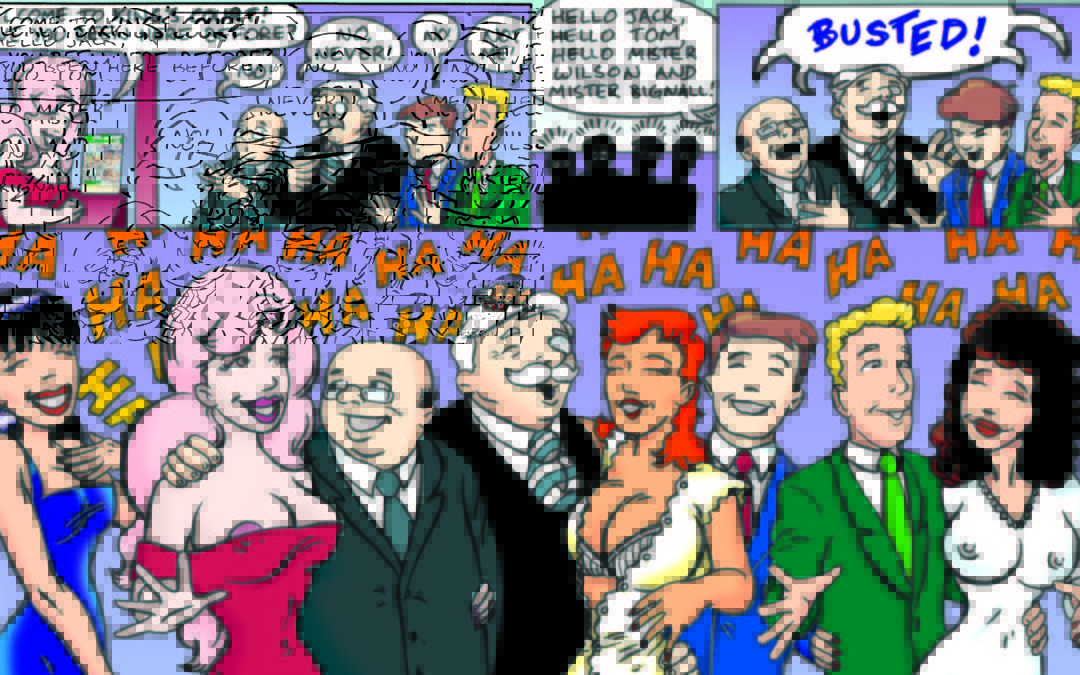 When we started to make cartoon advertising, we developed a range of characters based on the mix of men who actually came here. Some of the regular guys were careful who they told about Kings Court as they didn’t want to be embarrassed by bad behaviour. Of course, some guys are less savvy, and from time to time a guy will come back to tell us he’s sorry he brought his friend here, and he will ask us not to think less of him for bringing such a dickhead into the place. We don’t hold it against him – sometimes you don’t know a guy until you bring him to Kings Court.

The boys think St. James is a bit like Stucky in Pretty Woman – a rich arsehole who would treat a woman badly

We created the despicable character of Sneaky St. James based on what we heard from guys who were not keen to bring along certain of their friends who they thought would misbehave and embarrass them in front of the girls they saw on a regular basis. The character was so popular and relatable that we made a few cartoons based on him, each with a different story about St. James trying to find out where the boys go for fun – he never quite finds out, but sometimes he gets close, and he always gets into strife on the way, while the boys enjoy their spa and massage, oblivious to his misadventures!

Of course, everyone gets a chance to prove themselves, and eventually one of the boys slips up and tells St. James about KC. He is wracked with guilt and comes clean, then the guys get to Kings Court as fast as they can – only to find that St. James has been the perfect gentleman! So you really never know!

There were so many true funny stories at Kings Court that we had enough ideas to produce more than fifty full-page colour cartoons, published on the back page of Australian Penthouse. Later, we had to clothe the characters so the cartoons could appear in local newspapers when they first started printing in colour. This was at a time went print advertising was at its peak, but in the past twenty years it has become steadily more expensive and less effective.

This is a common joke the regulars like to play – tell the managers you’ve never been before. Doesn’t work though, because the girls will remember you! 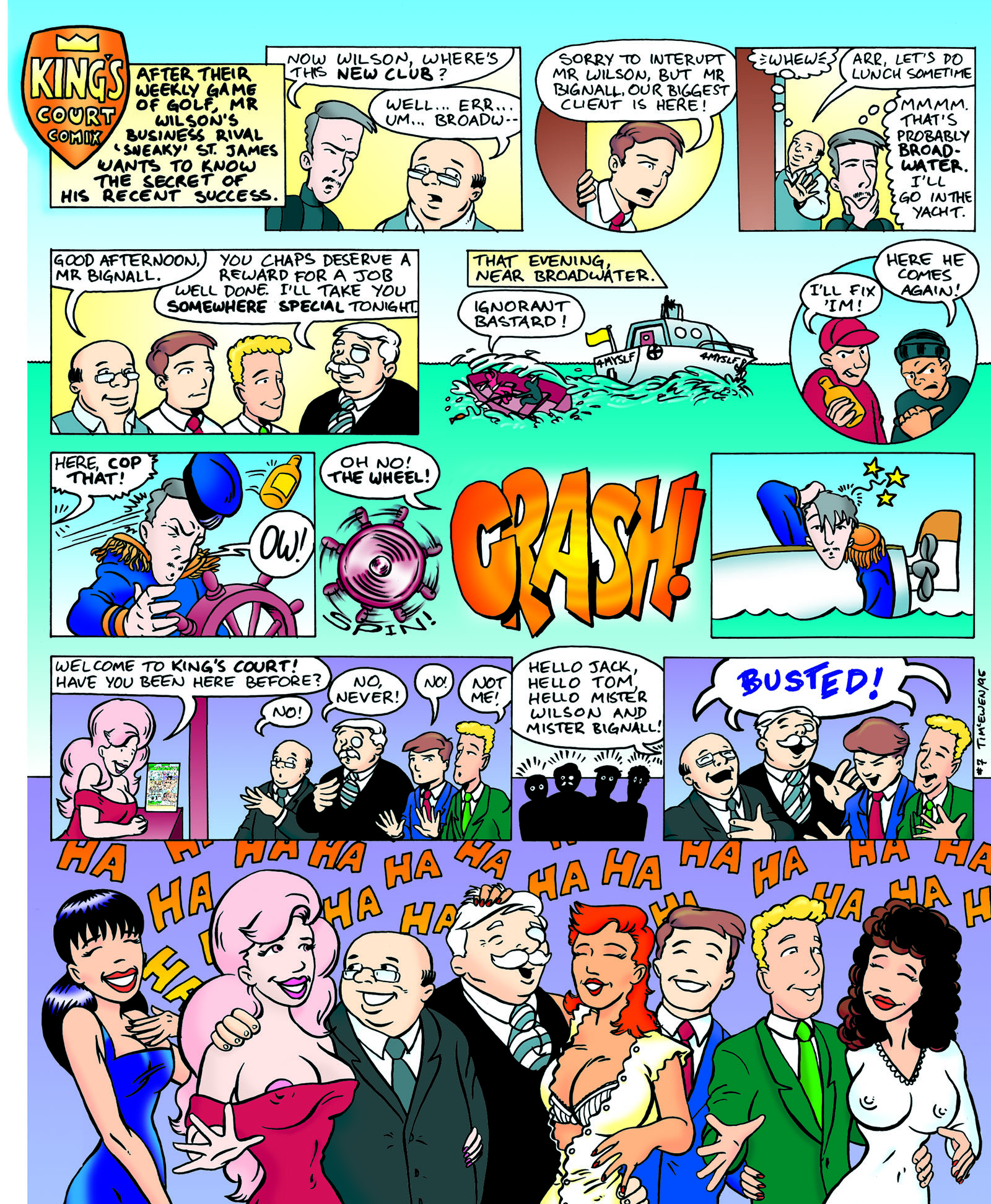 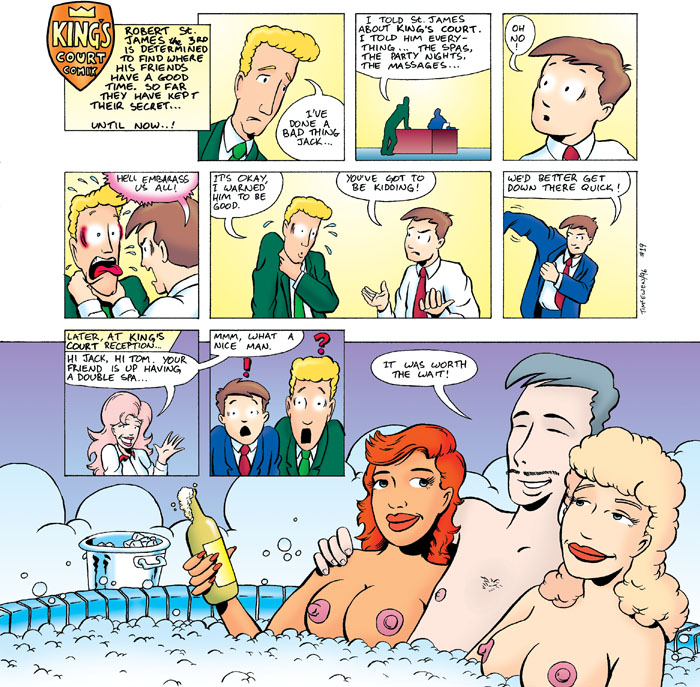 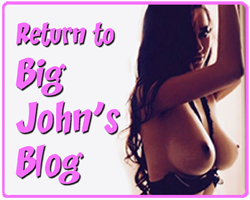 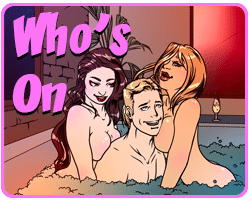 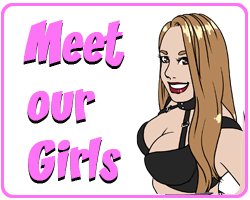 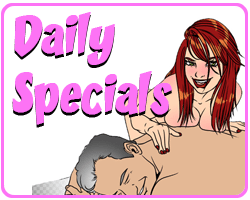